The Power of Believing in Yourself

You are an artist. You chose to be an artist. You desire to achieve success as an artist. I’ve said it many times before, if the fire in your belly is real, then it’s likely art chose you as much as you chose it. Meaning, you are not going to be satisfied doing anything else or settling for less than the best you can do.

The arts are full of hungry ambitious talented people. It’s not easy to get your share of success. Certainly, no one is going to hand anything to you. You have to go out there and get it. And, you have to keep after it when you hit hard spots and obstacles that end many careers. It’s especially tough when others who ought to know fail to recognize the depth of your talent. 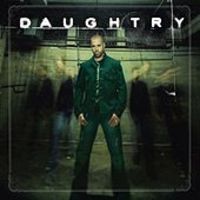 Musician Chris Daughtryis a perfect example of the power of believing in yourself and persevering against the odds. His eponymous debut album, DAUGHTRY, has stormed the the charts becoming the quickest selling rock debut in Soundscan history, DAUGHTRY became the #1 top selling album in the country not once, but twice, after debuting at #2 in November, 2006, moving upwards of 300,000 copies in the first week alone. After more than a year on the charts, it remains highly ranked at #37 on the Billboard 100 chart. In a further testament from his peers, he received 4 Grammy nominations for the 2008 awards show.

So how does his success as a musician relate to visual artists? Glad you asked. The short answer is a lot. And, you don’t have to be rock music fan to appreciate how it applies.

Daughtry caught his break by being a consistent loser. The thing is he never gave up on his dream to be a successful recording artist. True enough, he managed to make it on the roster of American Idol, the juggernaut reality show singing contest that catapulted him to fame. But, he was sent packing in fourth place. Seems AI judges and the voting public viewers failed to see the talent in him when they anointed Taylor Hicks with the title. Hicks’ career has had none of Daughtry’s success to date. It will be interesting to see how he manages it against the current the reversal of fortune he’s enduring.

AI was not the first time for Daughtry to attempt to break his career through a reality show. In a testament to his belief in himself, he also auditioned for a summer fill-in CBS reality show titled, “Rock Star INXS.” In that effort, he failed to make the cut to be one of the singers who were on the televised version of the show. In other words, the professionals whose job it is to evaluate talent completely missed the call on him. In the end, it was the judges who failed, not Daughtry. But, can you imagine how much belief in himself he must have had to pick himself up after that experience and soldier through the grueling rounds of auditions those who make it to the AI stage are put through.

At any time, no one would have blamed him for going back home to his family and his mundane job as a service writer at an auto dealer. Undeterred he kept after his dream and pursued it when it would have easy enough to tell himself he had his shot and didn’t make it. That he has talent to go with his drive and determination is also a key factor. AI makes comic fodder of the self-delusional wannabes who are clueless to the fact they have no talent; some repeat year after year in a vicious cycle of crushing failure. Often they are supported be equally delusional family and friends.

It is quite important to get independent assessment to take consistent reality checks to assess your ability and progress, and well meaning family and friends are often not able to objectively help. But, as Daughtry has proved, in the end you have to trust your own instincts to keep going when lessers would have long folded their tent and gone home; when those around you are trying to ease you off or demand you give up your dreams. If you have that burning hell or high water desire, I don’t need to tell you to not let them steer you away. As I said earlier, art chose you and part of that choice is pushing for success often against the odds.

Any of us who are seeking more from our careers can take a clue from Daughtry. He obviously had the talent to make a crack album with a bunch of solid hits on it. But, those gatekeepers weren’t giving him the chance. He was measured and marginalized by those who should have known better. So, if you are having trouble getting juried shows, galleries or publishers to see the talent and uniqueness of your art. Don’t give in to despair. Don’t let the naysayers deter you. If you know in your heart and head you have talent that needs recognition, fight for it and don’t let up. Perhaps putting on DAUGHTRY for a listen to remind you what is possible when you put the power of believing in yourself in full motion will help.