Many successful print artists have established collector societies to foster goodwill and sales among their most devoted fans. Here is a suggestion how you might apply Ferrari’s limited edition concept in your own business.

I have long championed against the idea of using limited editions as a marketing tool for digital fine art reproductions, aka Giclées, for a variety of reasons. If you are interested to learn why I have this position, reading these posts will tell you: 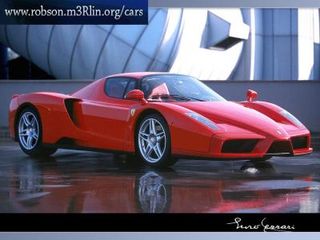 There are many facets to the idea of not limiting editions. In a nutshell, by artificially limiting something that can be easily, endlessly, perfectly and affordably reproduced makes the scarcity argument specious to some extent. When you see artists creating numerous limited editions of the same image, it begs the question of what is limited. Most importantly, why cap the income by limiting images that might otherwise potentially sell well for decades? It can, in the long term, be a very costly proposition for the entire distribution chain including artists, publishers, galleries, dealers and printers.

Having forcibly made that argument for many years, I find no dichotomy in saying there can be a place for limited editions. An example would be a small run of 100-150 prints offered only in one size and one substrate. This is, of course, my opinion and you are free and encouraged to challenge it hear.

The Early to Rise newsletter which, amongst its onslaught of marketing for its wide variety of "how-to" courses, occasionally offers real gems of insight and inspiration. Such was the case with its recent email newsletter titled, Why Scarcity Triggers Sales.

Before you jump to a conclusion on the strength of the title that it champions the idea of limited edition giclées, read this portion of the article:

I think verisimilitude – the appearance of truth – is the key to making scarcity work for your business. E-books don’t have it. You can say you’ll sell only 500 copies of your e-book, but there’s no "appearance of truth" in that. An e-book is just bits and bytes, so why would it be truly limited? I’ve seen some marketers use scarcity ploys that had me wondering if they really expected their customers to believe what they were saying. If your customers question your credibility… you’re done for.

Yes, I agree giclée in nearly all cases will have more intrinsic value than ebooks are are far more complicated to create. But, today's informed consumers know they are digital artifacts made with bits and bytes, and as such making the argument for them being scarce is difficult at best. At the end of the day, I believe those predisposed to buy giclées are willing to purchase the work at fair prices based on purely on they want to live with it and enjoy it in their homes or businesses and the fact a piece is limited would be far down the list on their criteria for buying.

Still, Yanik Silver's ETR article offers an intriguing idea. In talking about the $600,000 Enzo, which is rarest of rare Ferraris, and which also is admittedly a very long stretch to digital prints. Silver points out the vehicles are strictly limited to a very small number (399) which automatically makes them rare. By only offering the cars to those buyers with a history of owning 3 or more Ferraris, it creates an exclusive club of potential buyers. Those who have the means and love Ferraris undoubtedly and eagerly lined up to be chosen to purchase an Enzo.

The suggestion here is to create a truly limited low number edition of a desirable piece not previously offered in print. Make the requirement that in order to have a chance to purchase the limited edition a buyer would have to have previously purchased three other pieces from your line. Many successful print artists have established collector societies that offer perks to loyal customers. A well executed plan around this idea just might be the start of something like that for your career.

I'm not going to make this post a tome with all kinds of suggestions on how to implement the idea. It's merely a suggestion for your consider how you might incorporate such a successful concept into your marketing. I realize with multiple distribution channels such as galleries, online sites, shows, direct sales and your own e-commerce efforts, it will be a challenge. But, I nevertheless believe if you are intrigued and motivated by the idea, you'll find a great creative way to make use of it.

What Would Andy Warhol Say about Why Art Prints and Print-on-Demand Are the Gateways to Your Prosperous Art Career?

Hey Superman. You Can’t Do It All—and Do It All Well At Once!